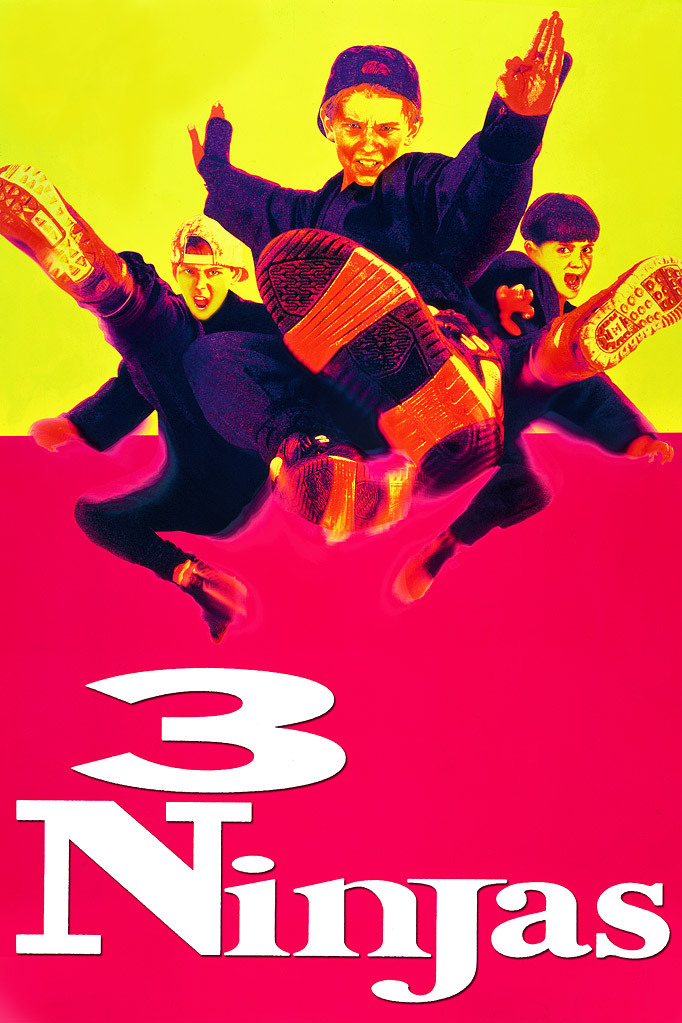 As a kid, I just ate this stuff up. I loved these movies to death. I thought they were the best things ever. I never understood why everybody hated it, but I got older, and I realize why many people hate this movie: It's too unrealistic. But who cares? Not every movie has to be just like real-life. Of course, the 3 Ninjas formula with kids beating the crap out of adults has grown since the release of this movie, but it has gotten way stupid, to the point where the bad guys are bumbling fools who don't fight back. But you don't see that in this movie. It has a pretty dark tone to it. Snyder, the villain isn't just some stupid fool like with things like this nowadays, he's a pretty menacing villain, so that's something that holds up.

Another thing that holds up is the action. I love the fight scenes, but it's too bad that a lot of the violence was cut to secure a 'PG' rating. But it's cool now, since the extended cut has surfaced and for some reason only played on movie channels like Showtime.

This movie also has some pretty awesome music. It's a shame that an OST for the film's score was never released.

Something I don't like about the hate for this movie is how everyone seems to just call this a rip-off of Home Alone and the first live-action TMNT movie just because of the quote from the Boston Globe on the cover of the VHS and DVD. Look, guys, the Boston Globe panned both Home Alone and TMNT, they're not trying to promote it as a rip-off or anything, so calm down.

That's my review. Don't look for Citizen Kane in this movie, and don't pass it off as something on the same level as Dora. Just look at it as entertaining fun.

And as for the sequels? Well, Knuckle Up and Kick Back were good. Knuckle Up is my favorite because it's action on overdrive, and it doesn't care what the MPAA thinks, because they got a PG-13 rating and took it. Kick Back brought back the same charm that the original had. But High Noon at Mega Mountain was crap. The plot was too silly, but it's fun to watch and laugh at. Warning: spoilers! The first of its kind. A unique tale of three brothers who spend a summer learning the art of Ninjuitsu from the grandfather out in the deep, peaceful woods. There they meet their grandfather's nemesis, Snyder. He is introduced a few scenes earlier as an illegal arms-dealer who knows a few techniques himself. Well, like all summers, the brothers' comes to an end. They are back in the big city going to school. Like all trio of brothers, the eldest has a girl-friend, which gives the younger two ammo to pick on him with--"Rocky loves Emily! Rocky loves Emily!" Well, school yard fights and pre-teen humor combine to form the middle of the film. And, as all martial art films have, this film shares a climatic ending when nemesis Snyder has associate hire 3 goons (coincidence that they are going after 3 brothers?) who have a very Bill & Ted-ish vocabulary. As you can imagine, they get in over their heads taking the trio on...in their own house--big mistake! When the goons fail their mission, Snyder sends in his own men to do the job properly--including a 250lbs-or more Bruno. They drag the 3 boys aboard a harbored frigate...and thats then the martial arts mayhem begins.

--Personal note: How much did they have to pay Patrick Labyorteaux (Bud from JAG) to be in this? There's also a scene, the boys rummage up their house to defeat the 3 goons--how do they explain the damage to mom and dad...I have an alibi, but I'd like to see the bonus scene where they explain that! I love (despise-love) the climatic sword fight between "grampa" and Snyder...Ninjas are trained to swing in circles--see also: books on Aikido and Ninjuitsu. Actors swung in direct-straight lines, very hard to choreograph properly...just a personal thing. The director, Jon Turtletaub, completely misses the character-driven appeal of the Karate Kid series, and there's no Macauley Culkin in this cast. The movie is saddled with a junky visual style, haphazard editing and occasional out-of-focus shots. Much of it looks like very bad television, although the toilet jokes and a running gag about laxatives and instant diarrhea may be a little raw for the Disney Channel.